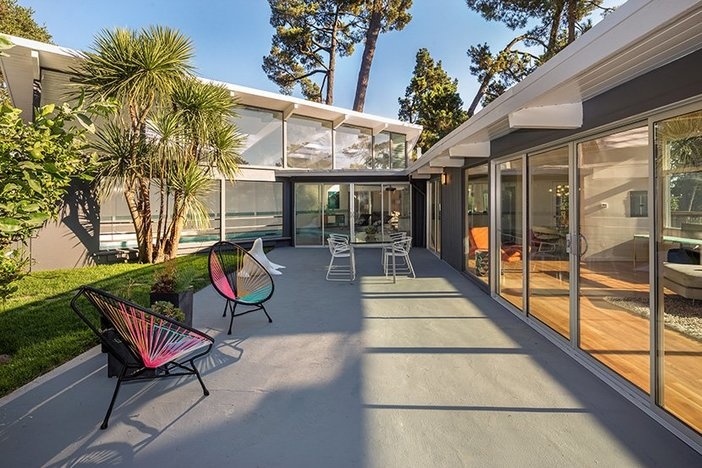 All home eras are not created equally, especially when it comes to investing in real estate. Each decade of homes has unique pros and cons, and average home values can vary drastically from one to the next.

Not surprisingly, the newest homes are the most valuable. They’re built to current standards and require less maintenance overall, making them attractive to buyers.

Homes built after 2014 have the highest average value. Buyers are willing to pay a premium for these homes because they’re well-designed, energy-efficient, spec-ed to contemporary living standards, and they’re the cheapest to maintain.

Homes built between 1990 and 2013 also have strong value. The closer you get to 2013, the higher the average home value you can expect.

But they’ve got their cons, too, namely their cookiecutter designs. Newer homes tend to sit on smaller lots and are usually located in developments with dozens of similar, if not identical homes.

Still, contemporary homes perform well value-wise, as there’s always a market for them.

There’s a huge dropoff in average home value when you start to look at homes built in the 1980s and 1970s.

1970s homes particularly lag behind in value, with average home values at just $292,832. In fact, the 1970s is one of the two worst-performing decades when it comes to home values (the other being the 1940s).

There are a few reasons that 1970s homes are lower in demand.

For one thing, 1970s homes are nearly 1,000 square feet smaller than modern homes, and generally have tiny master bathrooms—an unpopular feature for buyers, not to mention an expensive upgrade for investors.

Homes built in the 1970s and 1980s also tend to have significant maintenance issues. Their plumbing is often subpar compared to modern standards. Many ‘70s homes used galvanized steel pipes with a lifespan of 20 to 50 years, while ‘80s homes favored polybutylene pipes made of plastic—a material that ended up being defective. Plumbing in these homes will likely need to be replaced if it hasn’t been already.

Related: What Investors Should Know About Rent to Income Ratio (+5 Great RTI Markets)

Many homes of this era also have electric systems that aren’t grounded, so they don’t have added shock protection, which is a safety feature modern buyers expect. 1970s homes can also have foundation erosion issues, as most have slab-on-grade foundations.

All in all, 1970s and 1980s homes may require quite a bit of work to get them up to code, and architecturally, they’re out of vogue with buyers, therefore fetching lowing prices.

Homes built in the 1940s, 1950s, and 1960s didn’t hold value particularly well. Houses of this era were built quickly to accommodate the expanding population after World War II. For that reason, many of these homes are tiny, simple, and prefabricated.

These midcentury homes may lack proper insulation, as they were usually built with single-pane windows, and their electric and heating systems are usually pretty basic—assuming they haven’t been upgraded since construction.

They also lack the safety features today’s buyers expect, such as grounded electric systems. And speaking of electric systems, homes of this era typically have just a few power outlets per room.

Asbestos and lead are also quite common in these homes, and any outdated galvanized steel plumbing pipes will need to be replaced as they only have a lifespan of up to 50 years. Plus, these older homes may have deteriorating foundations that need fixing.

Homes of the 1940s, 1950s, and 1960s can be costly to upgrade, and they tend to be smaller, lacking the spacious open layouts today’s buyers are looking for.

After newer homes, historic homes hold the most value, with the average home value coming in at $333,852.

Older homes are packed with charm and unique details that buyers love. Of course, they do require a lot more maintenance, but they’re also usually built to last, featuring hardwood or old-growth wood frames that can withstand the test of time.

Expect these homes to have good bones, but understand they may need costly upgrades to fetch top dollar on the market.

Now that we’ve looked at home values and features across the decades, we can come to a few conclusions about which era of homes has the best value and why.

Of course, individual cities may have their own market quirks, so it’s always a good idea to look into decade-by-decade average home values for your city before making your next investment.