7 Secrets Everyone Should Know Before Renovating an Older Home

From Charleston to Savannah to New Orleans, the South is defined in part by its iconic architecture. Whether a century old or several decades, older homes are full of history. As new homeowners add their own updates, they’re telling a new part of the story. We all have a responsibility to protect a home’s legacy, especially those homeowners embarking on new renovations.

“You have to think about the fact that these houses have withstood the test of time, just the way they are. Any change you make, good or bad, changes their makeup,” explains Claire Zinnecker, founder of Claire Zinnecker Design in Austin, Texas, who’s also renovating her own 1899 folk Victorian house.

Preservation isn’t just about maintaining history though. As Olivia Brock, preservationist and founder of Torrance Mitchell Designs in Charleston, South Carolina, says, “A good sell on renovating a historic home is the environment. Why build something new if something already exists that you can reuse? It’s like recycling on a macro scale.”

Many also consider the craftsmanship of a historic home unable to be replicated, one of them being Stephanie Sabbe of Sabbe Interior Design in Nashville, Tennessee. “I wish people would think about things a little bit more, especially builders literally changing the landscape of our country. Back in the day, people just thought differently about shaping the future,” she shares.

We asked each of these women their best tips for pulling off a beautiful, enduring renovation that only adds to a historic home’s history. Here’s what they had to say.

Expect Costly Surprises
Renovations are never straightforward in an old house. “With historic house renovations, you’ve got to have a delta at the end of your budget,” Brock shares. Because running into an issue is all but guaranteed, it’s impossible for contractors to provide a fixed bid.

“All bids are loose because they don’t know what’s inside your walls. Cost-plus is the only way to go,” Sabbe adds. And if someone does give you a fixed bid? Run, because they’re setting you up by creating false expectations of cheaper work in order to win your business.

Work with People Who Get It
The three things to look for in renovation partners? “Transparency, trust, and respect for historic buildings,” says Brock. While ideally you hire someone who specializes in historic renovations, Zinnecker acknowledges “that’s also harder and more expensive. At least look for someone who will listen and ask questions.”

Your vision should also be a consideration, according to Sabbe. “Find someone who does the work you want to do. You want to hire someone who already knows what they’re doing and has done it for other people.”

Prioritize the Building
Issues like water infiltration, foundation cracks, and asbestos must be taken care of before anything else. “If you don’t deal with any of that, there’s no point in putting a bunch of really pretty things in a house,” explains Brock.

This is because, as Zinnecker says, “By putting band-aids on it, you’re just going to have to do it again.” Doing the renovation right the first time, however expensive it may be, will ultimately save you money (plus, you run the risk of actually damaging all the really pretty things you invested in instead).

Undo Bad Renovations
The first step to undoing bad renovations is conducting what Brock calls investigative demolition, where you’re doing things like putting small holes in the wall or peeling back carpeting to learn more about the home’s origins.

“Houses can tell you their backstory. The more you take away, the more you’re going to find,” she explains. She then makes a plan to bring back the original charm by, for example, adding framed openings, making sure molding is proportional to ceiling and door heights, and installing metal hardware like knobs. But what if doing all of this work isn’t an option?

“Maybe you don’t have the money to change things or you don’t want to add more waste to the environment. Can you paint the cabinets, replace the hardware, or install marble? So at least it feels a little more of the time,” suggests Zinnecker.

There’s also the possibility that someone previously gutted the place, making it harder to go backwards. In this case, “If I couldn’t afford to do anything else, I would go back in and add the moldings because that’s what makes an old home special, and case any openings by padding a corner six inches and then drop a header across each of them,” shares Brock.

Work with What You’ve Got
For the sake of preservation, there are some old home quirks that just need to be embraced. One example, Brock says, is a lack of consistency.

“I hate to do things where you’re erasing history just to make things look uniform. I like to be respectful of every part of the history of a home, as opposed to choosing one and scrapping any remnant of anything that came before or after it.”

Zinnecker takes a similar approach. “The more I can reuse stuff in the house, the better, even if it’s just little accents here and there,” she says. After all, she continues, “No one makes things like this anymore, you literally can’t get them.”

Make Appropriate Changes
Adapting old homes for 21st century living doesn’t mean adapting them into 21st century homes. “My goal is always to be extremely sensitive and respectful of a floor plan. For example, a lot of 18th century homes didn’t have closets, but we obviously have to add closets. I just try to do it in a way that either feels like it’s been there forever or something that could be very easily removed,” Brock explains.

She goes on to discuss how preservation theory would actually recommend making changes that are obviously new, though this may not translate well into an actual design. “Smaller considerations can be made, like changing the direction of the floors or doing entirely different flooring. That way, you’re saying to people, ‘This is different. It comes from a different time period, and there’s a different story here.'”

Learn and Honor the History
“One of my favorite things about historic buildings is walking into one and feeling like it’s talking to me and telling me what happened,” says Brock. “Through investigative demolition or architectural archaeology, you can find out when things were done. Judging from tax maps, you can find out the size of the house and who owned it at what time.”

This kind of context is more than just a bunch of fun facts—it tells a larger story about America and its growth. With issues like gentrification top of mind, it’s more important than ever to prioritize cultural preservation.

“Those houses are not just telling stories of buildings. The people who live in them have stories to tell as well, and add as much to the patchwork quilt of the neighborhood as the buildings themselves,” she finishes. 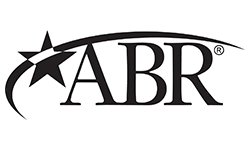 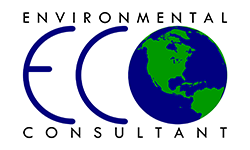 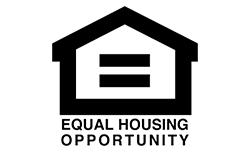 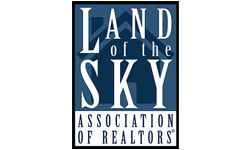